Australian manufacturers ‘must innovate to succeed’

Australian manufacturers have been urged to embrace changing operating processes in order to get ahead.

According to Harry Mulder, marketing manager at Omron Electronics, many opportunities are open to manufacturing companies at the moment.

However, he believes a change in mindset is required across the industry if they are to take full advantage of them, Food & Beverage reports.

“Quite simply, manufacturers need to adapt and innovate in order to succeed, but we can expect some exciting times ahead,” he commented.

Mr Mulder stated that Australia is currently experiencing a “new industrial revolution”, with an “explosion of connectivity and networking”.

For instance, he said the growth of digital connectivity has made physical locations less important, with mobile devices such as tablets proving to be a particular game-changer.

This, he continued, has had a big impact on the manufacturing sector, as many companies in the sector now log large quantities of data in the cloud and use computers around the clock to identify any anomalies.

Mr Mulder said this means manufacturers are able to monitor and analyse equipment in a way that enables them to find inefficiencies and improve quality.

The emergence of artificial intelligence was flagged up as another important development for the industry, as computers are now capable of thinking for themselves.

“Big Data will determine how efficiently a machine operates so that anomalies can be detected which could lead to breakdowns or other problems,” Mr Mulder commented.

“Preventative maintenance can then be carried out. It is now also used for traceability where a product can be traced throughout its supply chain, or verify its origins and authenticity.”

Mr Mulder acknowledged that the growth of automation and robotics in manufacturing will lead to some jobs being lost.

However, he stressed these are mainly dirty, tedious and dangerous jobs that people do not typically want to do.

As a result, human labour is being deployed for different tasks that require more complex thought.

“It will mean a reskilling,” Mr Mulder said. “Humans can use their brains to take on more meaningful jobs, requiring higher level, abstract thinking.

“The main aim is for machines to work with humans, not to make humans redundant.”

Mr Mulder went on to point out that while Australia’s manufacturing industry has experienced some difficulties recently, such as the shutdown of the automotive sector, many sub-sectors are continuing to do very well.

“Some sectors, such as food and beverage, are thriving,” he commented.

Furthermore, Mr Mulder noted that the Australian manufacturing sector currently employs almost a million people, which works out to about seven per cent of the country’s workforce.

“The bottom line is there are many opportunities out there, particularly as markets become more global,” he said.

Mr Mulder identified Australia’s relatively small population as another challenge currently facing the industry, as other major economies have much larger domestic markets.

Despite this, he stressed that manufacturers can still compete in a global market by operating more efficiently and producing better quality products.

“We can achieve this through innovation and improving production lines,” Mr Mulder added.

“Innovation is the key – and Australian manufacturers are punching above their weight in that regard.”

Technology
How to get your workforce ready for Industry 4.0 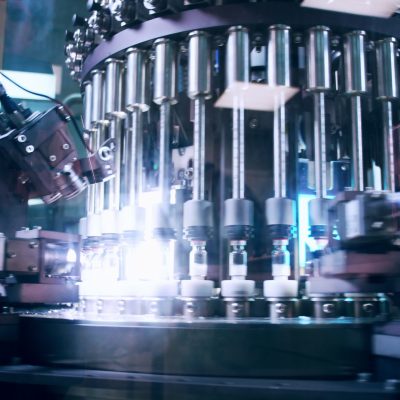